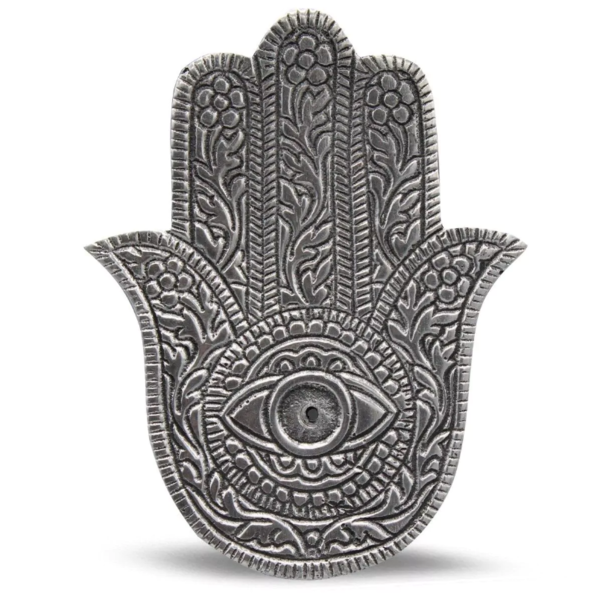 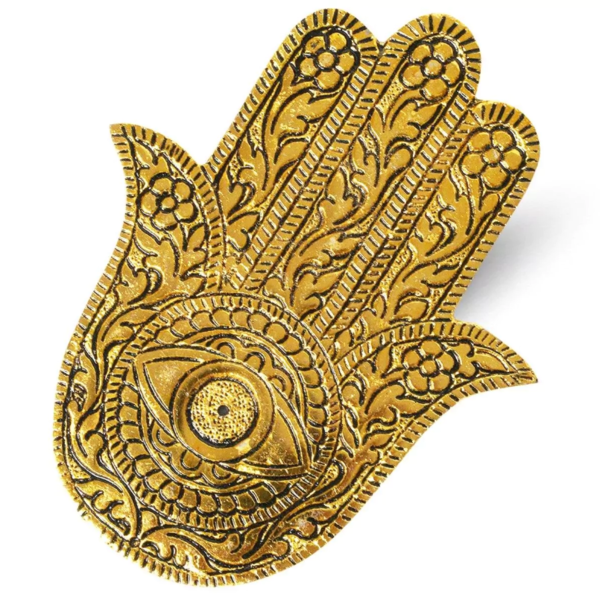 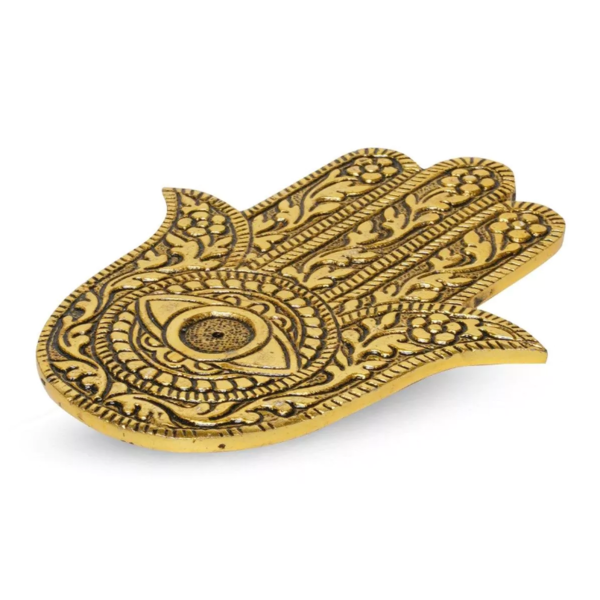 Light an incense stick for peace and happiness in this incense holder. The hand of Fatima or the Hamsa hand stands in several respects for protection, peace and prosperity. The origin of the Hamsa hand lies in the Middle East, but this hand is now also popular in Europe. Place your stick in the incense holder and light it to keep angry looks out.

As you can read, the Hamsa hand or the Hand of Fatima has several names. The symbol is claimed by various religions who each give it their own name. The Muslims also call the hand of Fatima 'Hamsa' or 'Khamsa'. Khamsa means "five" and represents the five commandments of Islam. The graceful lines on the hand represent the henna lines that you often see with Islamic women. The eye in the middle of the Hamsa hand is the 'nazar'. This protects against the evil eye, or a jealous look.

You also encounter the hand of Fatima in Hinduism and Judaism, although it looks slightly different.

In general, the hand of Fatima or the Hamsa hand stands for peace: it is literally and figuratively a raised hand that keeps evil at bay!

You can recognize the Hamsa hand from Islam by the symmetrical shape with two thumbs and the henna lines. This is also the shape that you see in this incense holder. Light your favorite incense and put the stick in Fatima's hand to keep negativity at bay.

Burning incense is best done in an incense holder, because this way the stick is stable and you neatly collect the ashes. At Eastern Trading you can buy incense holders in all kinds, sizes and styles, such as this hand by Fatima incense holder.